One of the milestones a student often sets is to watch a full movie in the language they are learning, and selecting the best movies to learn Spanish on Netflix can be confusing and time-consuming sometimes.

It might seem to be a huge challenge to transition from the flawless audio from their books, with its neutral accent and graded pace, to native speakers chatting or even arguing at normal speed.

However, watching good Spanish movies on Netflix can only be beneficial both from a language and cultural perspective.

If you find it difficult to pick your next one or choose where to start, here is a list of the best movies to watch to learn Spanish and the reasons you should watch them. Ready to bookmark them? 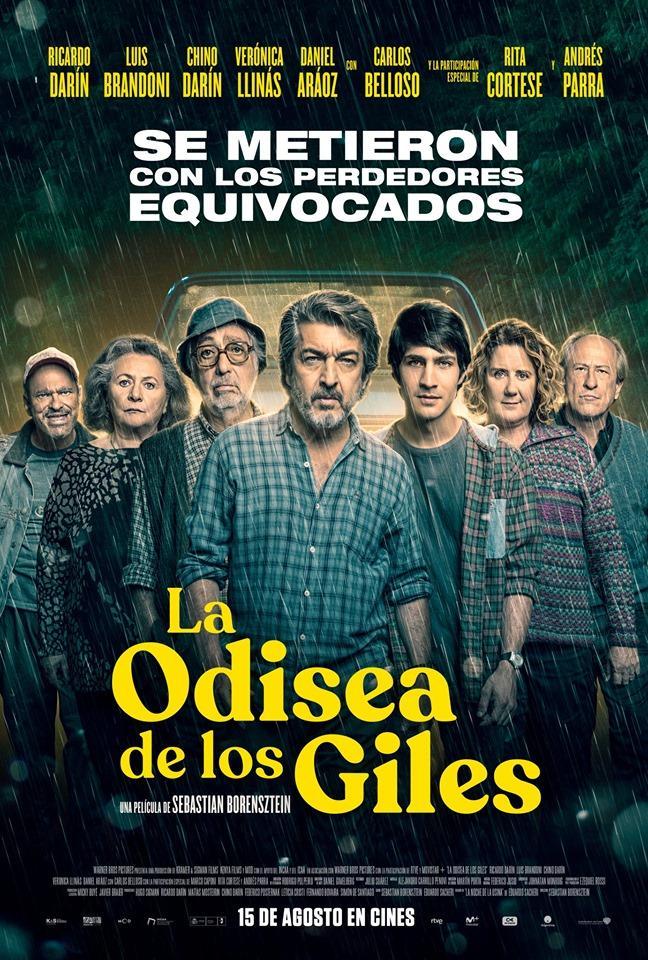 This film tells the story of robbing the thief and concentrates on collective retribution. It is set in a secluded village in the province of Buenos Aires during the terrible bank freeze of the 2001 economic collapse.

This movie offers a window into a significant period of Argentine history.

You will hear how common terms like "yo" or "llegar," where the "jd" sound is distinctive, are pronounced differently. 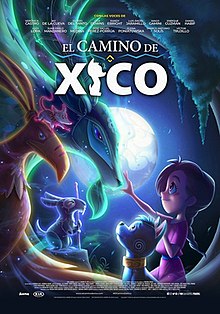 A little girl, her best friend, and a dog want to save a mountain from a profit-seeking corporation. Help will come from where they least expect it: puppy Xico.

This movie has a strong environmental message and incorporates elements of mysticism and mythology, giving viewers the chance to learn more about Mexican culture and language. 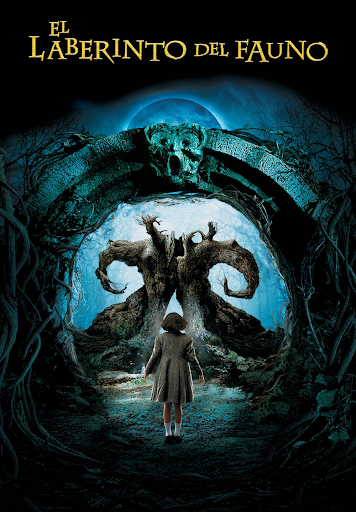 This award-winning dark fantasy is set in 1944, the year of Franco's dictatorship in Spain.

The story follows a little girl who discovers a labyrinth where legendary creatures come to life as the movie blends political tension with a twisted fantasy.

Guillermo del Toro's El Laberinto del Fauno sheds a lot of light on the Spanish Civil War and its immediate aftermath. Due to the dialogue's leisurely pace, both beginning and experienced students can enjoy this movie.

(There's a writer in there. Let him out.) Álvaro is an average clerk who aspires to be a famous writer, despite his lack of ability. In order to get motivation for his work, he will start to have an impact on his neighbours' lives.

5. Soltera codiciada (How to Get Over a Breakup)

([...] a princess respects herself, she rescues herself) 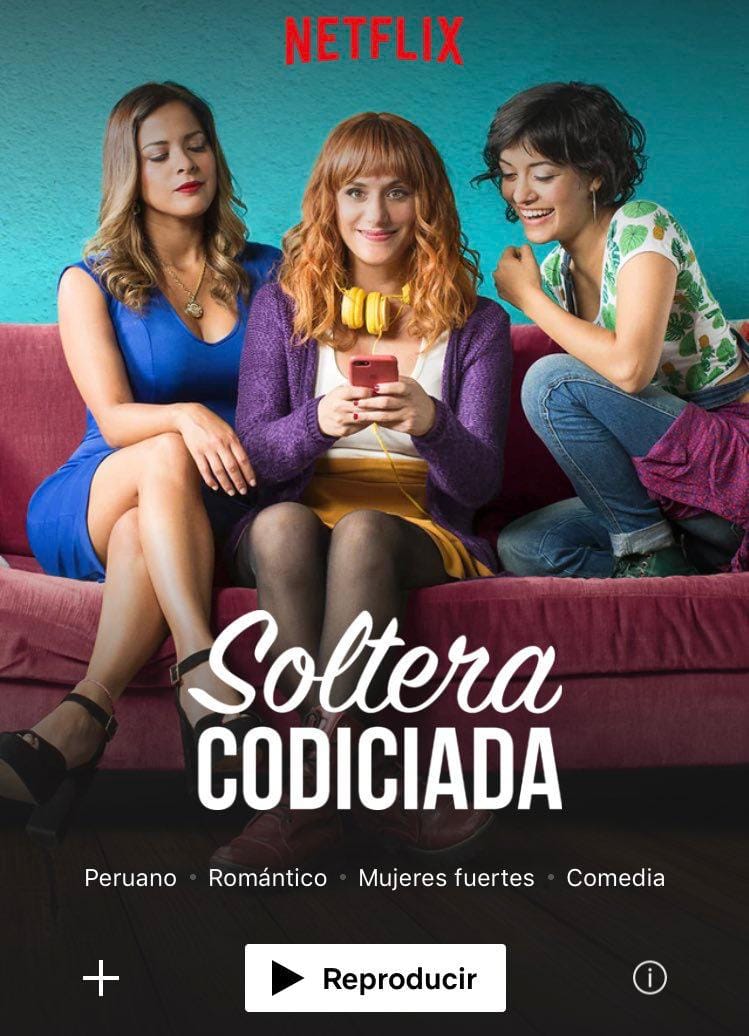 In Lima, Peru, a heartbroken publicist finds inspiration to write a blog about her single life and is surprised by its success.

This film definitely is one of the best movies to learn Spanish for beginner viewers. Peruvian Spanish is recognised as being one of the most fundamental variants. The storyline is rather straightforward and involves real-life situations. 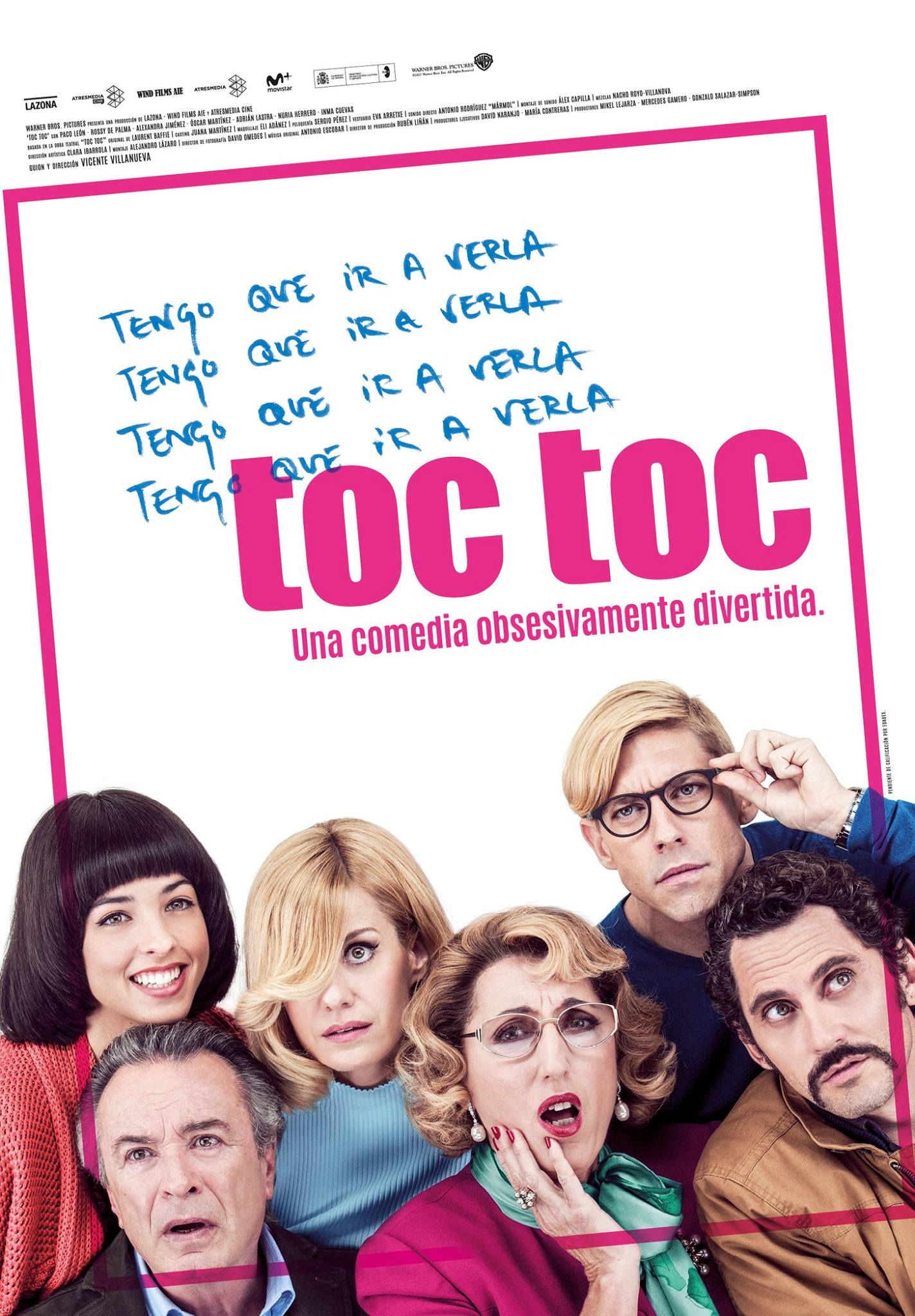 While waiting for the doctor, some patients with obsessive-compulsive disorder find themselves putting up with each other's peculiarities.

Since it is based on the well-known Laurent Baffie play, comparable movies may be available in other languages, making the narrative more recognisable to foreign viewers.

The characters in this movie have a fairly neutral European Spanish accent, and the students will acquire new vocabulary words and phrases associated with psychology and health.

(Neither you nor anyone else is going to defeat me.) 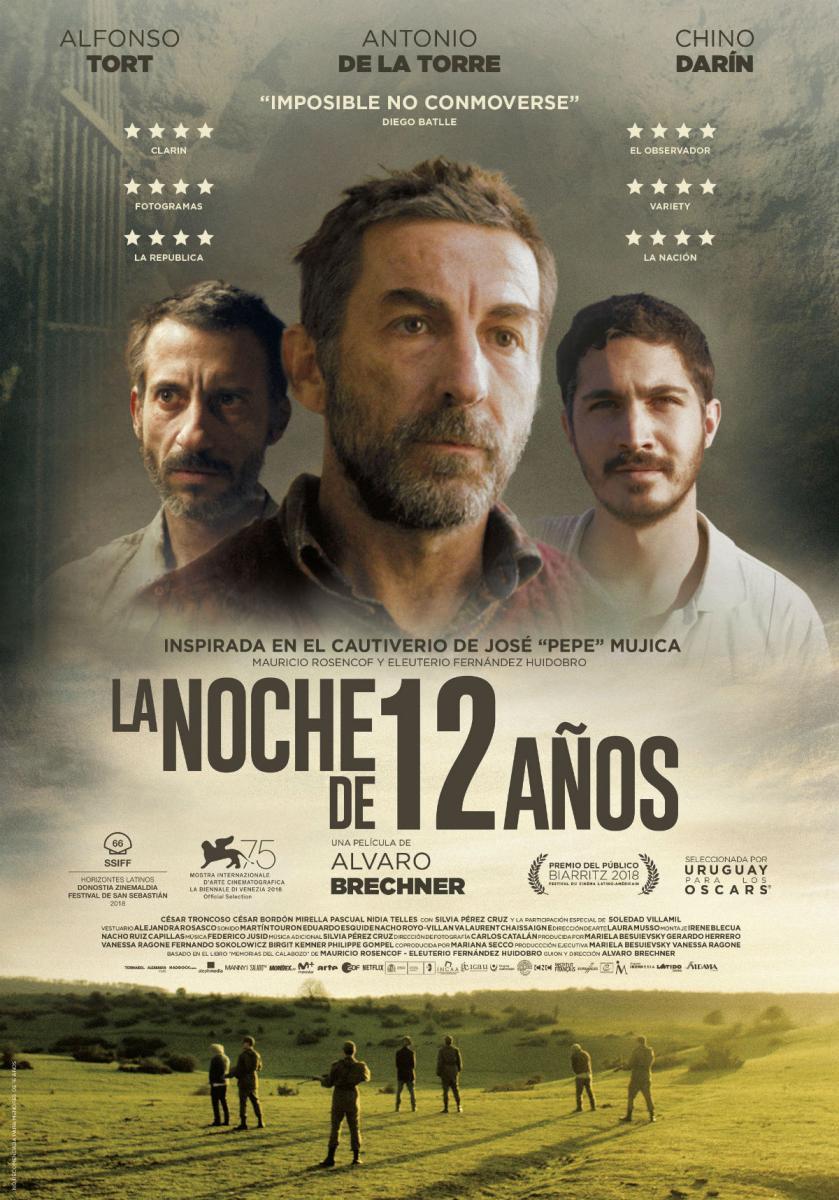 Three members of the urban guerrilla organisation Tupamaros were imprisoned in the calabozos in Uruguay in 1973, during the height of the military dictatorship, where they endured physical and psychological abuse for more than 12 years in complete seclusion. In real life, one of these men later became Uruguay's president in 2010.

Two important reasons make this film one of the best movies to learn Spanish. 1) The movie relates to a true event and is based on the book "Memoirs from the calabozo, 13 Years Underground" (Memorias del calabozo). 2) Viewers get a unique opportunity to hear Uruguayan Spanish. 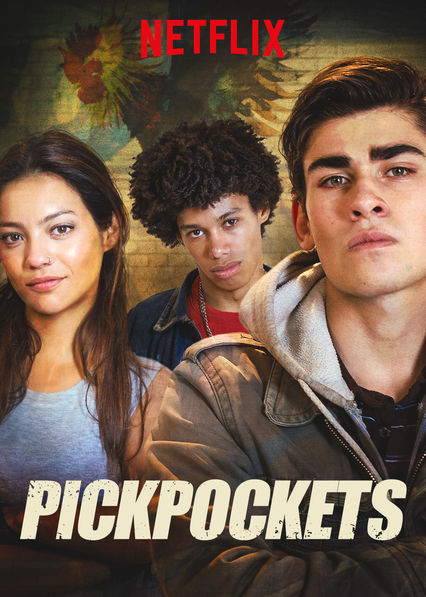 Chucho, a skilled international pickpocket, mentors Fresh, a newbie. Fresh is inspired by his newly acquired skills to pursue more money. Will Fresh and his friends succeed as pickpockets in Bogotá's streets?

Given that it garnered unfavourable reviews from Colombian viewers who said that it inaccurately represented Colombian reality, this movie is perfect for igniting discussion. From a linguistic perspective, it is a very helpful introduction to Colombian Spanish, and the video is simple to follow due to the dialogue's repetition.

(What if the Sabbat didn't exist? What if it was just a dream?) 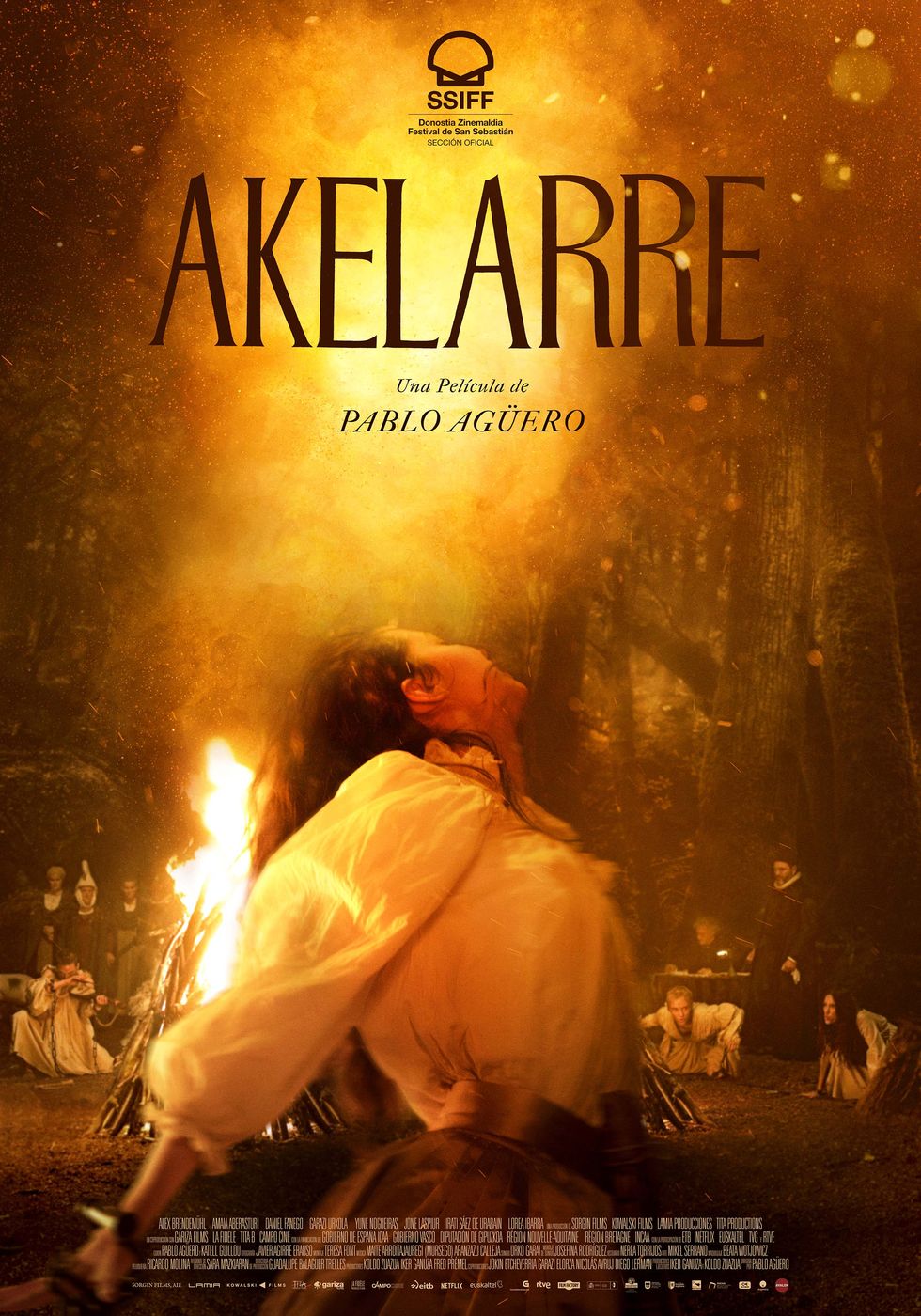 Inquisitors are searching for witches who could reveal the mysteries of the Witches Sabbath, or Akelarre, in the Basque Country in 1609, at the height of the Spanish Inquisition. Six local girls are abducted and subjected to interrogation.

This movie portrays a significant historical period in Spain and other Southern European nations. Spanish is the primary language used in this movie, and it is spoken with a neutral accent. Additionally, students are given the uncommon opportunity to learn Euskara.

(No matter what they tell you, we women are always alone.) 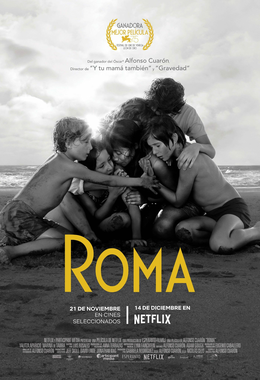 This film by Oscar-winning director Alfonso Cuarón offers an intense and moving depiction of a maid's life against the backdrop of a prosperous Mexican family and political turmoil in 1970’s Mexico.

The main language is a plainly spoken form of Mexican Spanish, despite numerous lines using the regional dialect to depict the reality of maidens' interactions and relationships with their superiors in Mexico in the 1970s.

NOTE: Not all titles may be available depending on the country from where you are. If you can't find what you're looking for, type "Spanish" into the search field to watch the best Spanish movies on Netflix available in your country.

How to benefit from watching movies to learn Spanish

Finding the best movies to learn Spanish on Netflix might seem easy now, but how can you make the most of them?

New to Netflix? Here's a quick guide on how to watch movies in Spanish on Netflix!

How to use good Spanish movies on Netflix to teach Spanish

If you are a teacher, you know that movies give students a true immersion in the language and enable them to learn quickly about social or historical topics.

It is not always simple, though, to incorporate this content into your lessons.

How could you overcome this stumbling block?

Might binge-watching Netflix be a useful exercise to enhance your Spanish listening skills? Absolutely, yes!

This is only a short selection of the best Spanish movies on Netflix. However, there are plenty of Spanish-language films available in a range of genres, dialects, and levels of difficulty, so you will certainly find a couple that suit your personal language goals and entertainment inclinations.

Grab your popcorn or tea and biscuits, the movie is about to start! 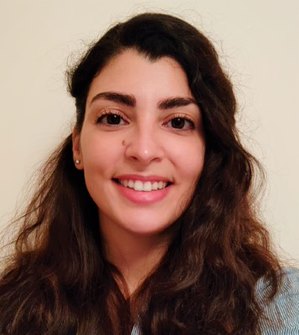 Keep up to date. Join the Newsdle newsletter!
I'd love to subscribe to your newsletter...
Join Now
Newsdle operates within The Chairman's Bao Ltd, a company registered in England and Wales with company number 09222815.
Blog Contact Us Terms of Use Privacy Policy